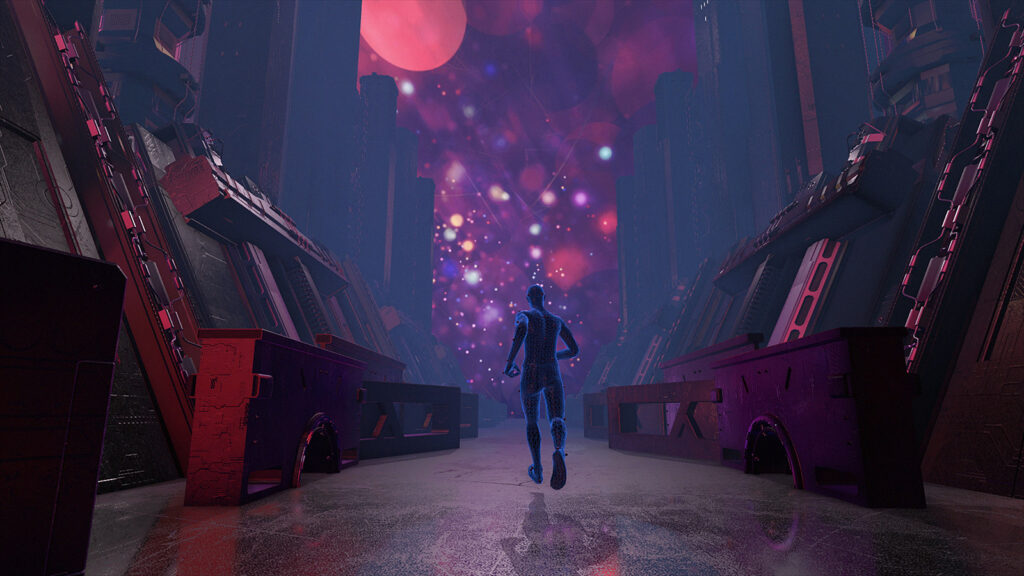 What is the metaverse?

If there’s one word that’s getting the buzz right now outside of NFTs, it’s the metaverse.

Semantically, the word metaverse derives from the Greek word “meta” meaning “beyond”, and “verse”, the contraction of universe in English.

The metaverse would therefore mean “Beyond our universe”, a universe transcending our reality, a digital universe. The term was first used in Neal Stephenson’s Virtual Samurai (1992).

In addition, many consider “Second Life” to be one of the precursors to the metaverse. This game released in 2003 still allows its users today to embody virtual characters in a world created by the residents themselves. Until then nothing very complicated you will tell us, but the metaverse as we understand it today would be a much more complex version: it could mix VR/VR and RA/AR, would be accessible at any time with a notion marketplace where we would use the blockchain, a decentralized network of trust that allows the transfer of digital values ​​such as currency and data, in order to make our purchases. 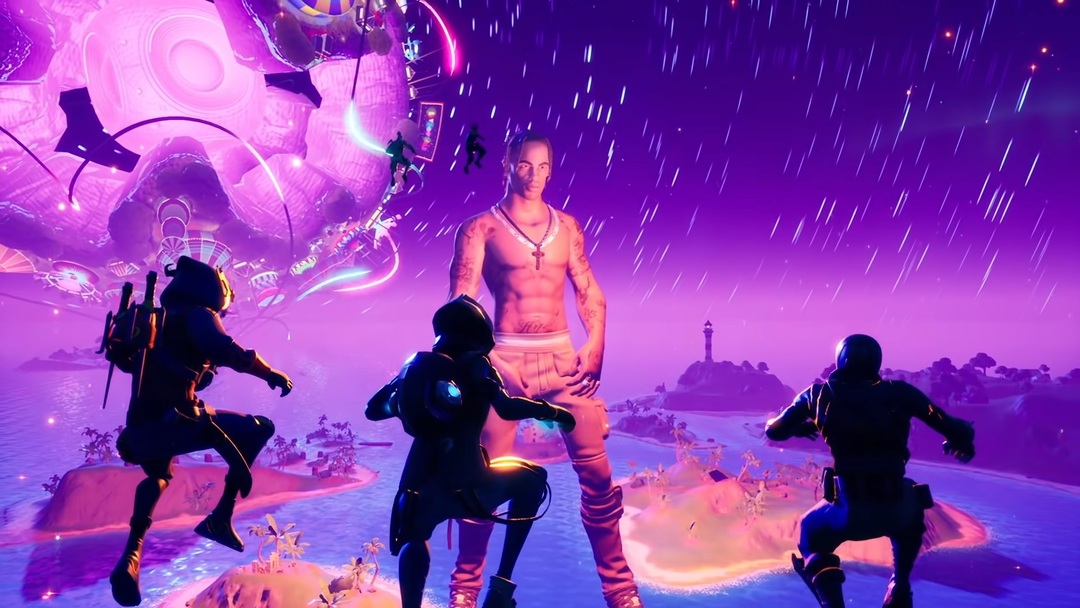 Does the metaverse already exist?

Some people will wonder why the metaverse is so fashionable now, if it has been around for a long time?

Indeed, if we stick to the previous definition, the metaverse is already present through online video games like Fortnite, Roblox, VR Chat, in the cinematographic universe or even in literature. Through these different media, we can already see and understand the possibilities that the metaverse would offer us, such as our next methods of understanding our relationships with the Internet, our new methods of visiting places, of socializing, all with an economy of its own.

However, the metaverse would not just be a game, it would be a world directly linked to ours. To go into more depth, we will analyze two schools of thought that stand out:

First of all, it’s the idea of ​​a crossover where we can do what we can do in real life in a virtual world (via virtual reality in particular ), with no limit between apps or games. It would therefore be a physical representation of the internet, almost palpable.

How does Unionbtc contribute to the metaverse?

For our part, being an actor developing solutions using new technologies that shape the metaverse, we contribute to it in various ways: The formation of digital twins in Industry 4.0 also contributes to the creation of the metaverse. For example, the digitization of industrial processes, factories or the creation of training applications are strategies to link digital and reality. Imagine attending immersive virtual training or even visiting factories or power plants to see behind the scenes, this would change our learning methods, our ways of approaching them and this in complete safety. It is on this subject that our teams worked with the INSTN and the CEA. Indeed, we have created a VR application to simulate training in a nuclear reactor.

But there are not only industrial uses, there is also the marketing aspect of the metaverse, such as virtual showrooms, configurators which are real help tools for sale today but which could become the method of consumption of tomorrow, i.e. buying in the virtual store and receiving it at home. 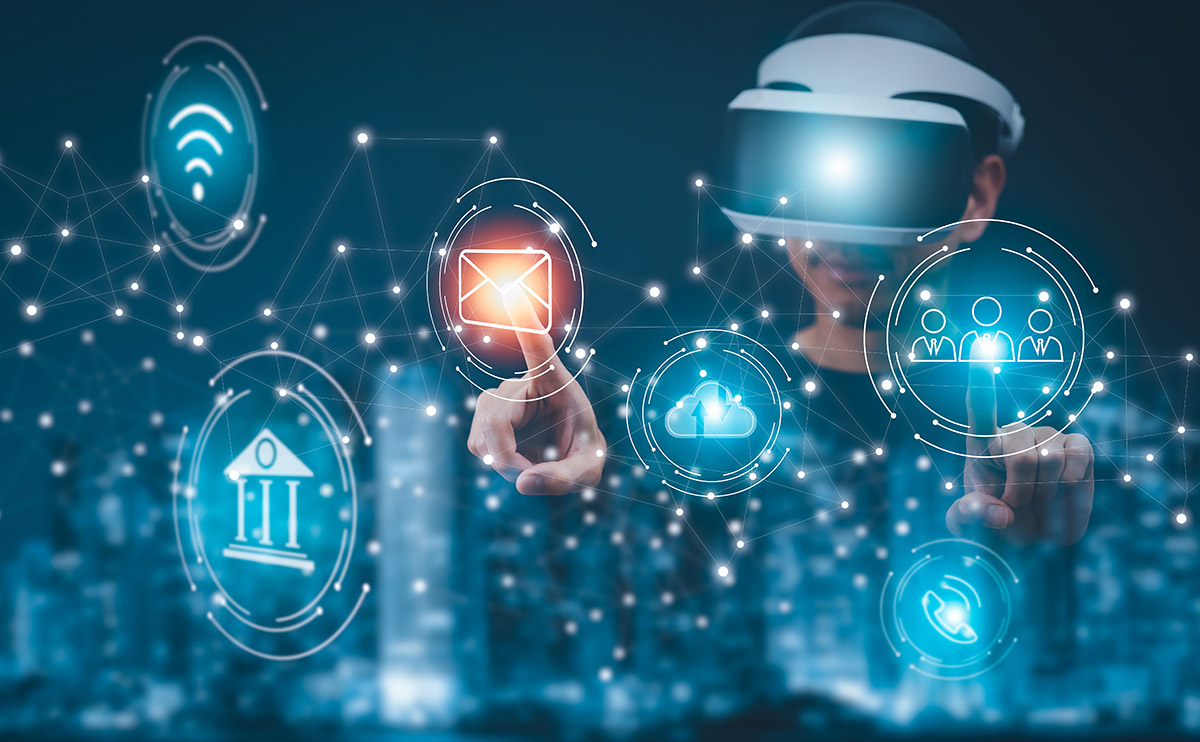 So why does the metaverse still not exist?

According to some concepts, today we already have the ingredients for the metaverse recipe:

However, we do not yet have the proper technology to achieve this blend. Indeed, as they exist today, AR supports are very bulky and not recommended for daily use.

In addition, it would be necessary to have access to the Internet at a very high speed through mobile channels, such as glasses or smartphones, to be able to access the full potential of the metaverse. Something that would be possible with 5G but would only be optimal with 6G planned for 2030 in South Korea according to some experts.

Are we going to witness the birth of one or more metaverses?

As mentioned above, the metaverse will only really be born after the democratization of AR/VR among the general public, as well as with the emergence of more powerful technologies such as 6G and the new display/display supports.

Today, major players in the new technology industry such as Epic Games, Meta (ex-Facebook), Nvidia, Microsoft, Roblox, Unity, Alphabet and many Others have already invested millions, even billions, in centers dedicated to the creation of the metaverse. Moreover, when this article was written, the Facebook group changed its name to “Meta”, thus confirming the firm’s desire to become more involved in the metaverse and to develop tools and technologies for its genesis.

Finally, the democratization of the latter can be facilitated given the huge active communities that the various behemoths have managed to federate throughout their existence: for example, Epic Games succeeded to bring together between 6 and 12 million people daily while Roblox brings together around 42 million users per day.

We can then predict the coming of the metaverse soon. However, it is important to ask whether there will be a metaverse or metaverses?